One of the most exciting advancements in the car world over the last decade has been the arrival of self driving technology. The jury is still out about this but in a very short space of time we will see these vehicles on our roads. But what of motorcycles? Could we also see self-driving motorbikes on our roads? It may not be spoken about very much but creating a self-driven bike is not difficult and it uses the same technology as a car does. The biking community and industry however is not the same as the car world, which begs the question as to whether these bikes will take off. 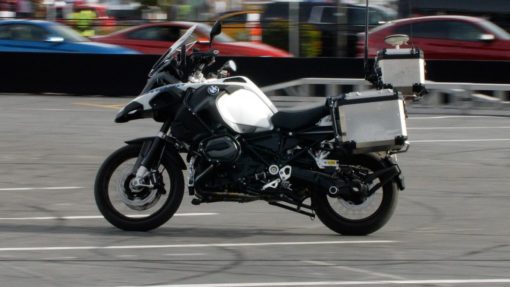 Contrary to what you may have read there has been self-driven bikes produced and many companies are working on prototypes which they plan to roll out. In fact we can see the intention of some companies in advancing this type of tech and Yamaha are even working with racing legend Valentino Rossi to create a robotic rider. These bikes are being built but the worry which many bike companies have is that there will be no demand for such machines.

The main challenge behind this catching on is that when people ride bikes they do so for the freedom, the love of riding and thrill of sitting on a high powered machine and taking it for a spin. It is for this reason that many bike manufacturers aren’t sure whether or not these bikes will catch on, after all who wants the fun of riding a bike sucked out by technology? We may very well see these vehicles being used for other situations, but in terms of these bikes becoming a commercial success, it seems like something which just won’t happen.

If self-driving bikes ever do take off then it will come a long time after cars. The reason behind self driving cars is to minimize accidents, and there just isn’t as big an issue in this regard when it comes to motorcycles. If cars are highly successful then it is likely that we’ll begin to see more and more self driving motorcycles on the road, but is unlikely to meet the levels  of demand which we’ll see in the car community.

What will probably happen is that motorbikes will get smarter and do more work for the rider. This won’t mean handing total control over to the motorcycle, but rather that tech will step in to make decisions and do more thinking as you ride. This will be the litmus test to see whether or not the bike community is ready to have technology like this on their bikes, if they prove to be successful then we’ll see a small roll out of motorcycles which can be autonomous, but we certainly don’t expect this trend to have legs.

Would you buy a self driving motorbike if you could?