Cool concept cars are enough to get any car lover salivating but unfortunately these cars never really see the light of day. When it comes to movies however, anything is possible and if a certain scene calls for a car to do something special, it can all be arranged. The fantasy of cars in movies is something we have long tried to replicate when it comes to building road cars, but making the impossible possible is something which only the movies can do. Take a look at our top list of movie cars and let us know what you think. 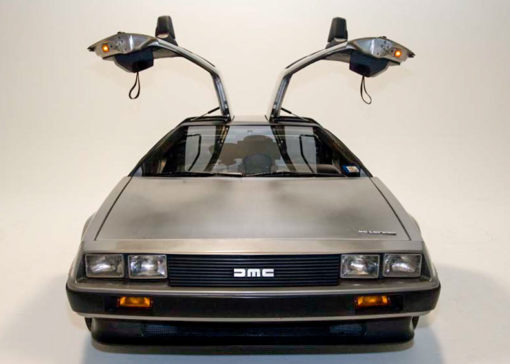 There are some cars which have become iconic because of a movie and the time traveling Delorean from Back to the Future is one of them. Prior to the movie the Delorean was not doing well, sales had slumped and the Irish produced car just wasn’t selling. In 1985 the car first featured and an icon was born. Despite its ability to fly through space and time, the car in reality would struggle to get past 85mph!

Stev McQueen has driven some of the coolest movie cars out there and at the top of the list is the Bulitt Mustang, in dark green. McQueen made the car iconic but that race between the Dodge Carger and the Mustang is where we really see what this super cool car can do.

We could have made this whole list about James Bond cars to be perfectly honest, from the DB5 we saw in Spectre to Toyota 2000 GT which we saw in You Only Live Twice, this franchise has produced many of the finest cars we have ever seen on the silver screen. There is one clear winner for us however and that is the customized Lotus Esprit which we saw in the Spy Who Loved Me, a car which bridged fantasy and reality, and the car which left the world wondering about its possibility. The car was transformed into a sports car-submarine combo and the moment that this car goes amphibious is one of the most iconic Bond moments of all time. Interestingly the vehicle which was used in the film was snapped by one other than Tesla owner Elon Musk, surely he is going to be inspired to make the Tesla submarine as a result!

The Mini Cooper was already an iconic vehicle before it appeared as the getaway vehicle of choice in the brilliant Italian Job. These three minis fly through the streets of Rome in uniform style, perfectly choreographed to slice through the city’s alleys, rooftops and urban spaces as Michael Caine and co seek to make their getaway. One car is great, but 3 is always better and they became the highlight of the entire movie, and cemented their place in silver screen history forever.